Beautiful Interaction Between Ruins and Landscape 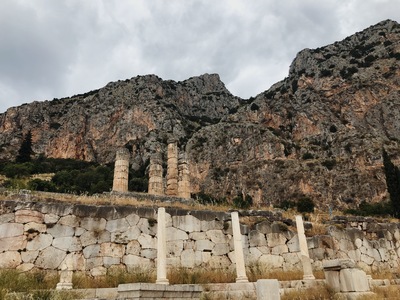 This photo is from the climb up to the Temple of Apollo, and I was once again stuck by the beauty of the interaction between the site ruins and the landscape around me. I thought that there was some poetic parallel between the remaining columns and mountains living behind them. It was like looking at a timeline of the spot; the mountains had been there long before the columns, and the columns would eventually fall down among the rubble as well until a time in the future when people don't remember the the past, and start a new story.