You Must Be Wary of Words 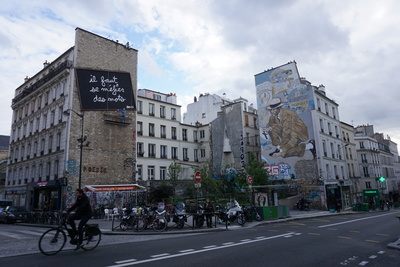 Belmont in Paris - Music & (Post-) Modernism in the City of Light

You must be wary of words. In the neighborhood of Belleville in the city of Paris, there are hills within the cluttered streets that are crowded with the common folk. The local bakeries and urban cuisines fill the air with tasteful scents that collide with car exhaust and the sound of engines. At Culture Rapide, a slam poetry bar, there is a hidden garden of greenery amongst the graffiti and urban layout- can you see it?The tallest building perched at the peak of a hill says: "il faut se méfier des mots..." This means "you must be wary of words." In a city where time moves so quickly, yet so eloquently, the people of Paris hold an awareness of self-discipline and the act of the butterfly effect: that the things you say and do will inevitably affect the world around you.