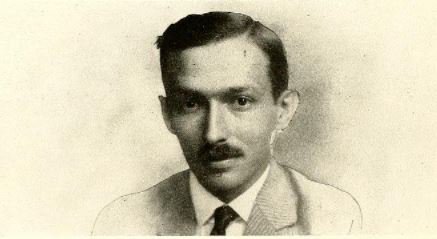 Dr. Clayton E. Crosland was originally from Alabama. He graduated from Howard College in Birmingham in 1907 and immediately began a career within the Baptist establishment. He started as a Sunday-School Recruiter for the state of Alabama and quickly rose through the ranks, even moving to Nashville to establish a teacher-recruiting station. His career soared to new heights when he became a Rhodes Scholar and was given the opportunity to study at the Wadham Branch of Oxford University in England from 1910 to 1913. Prior to his time at Ward-Belmont, Dr. Crosland was the President of Averett College in Danville, VA

Dr. Crosland, was associate Vice President of Ward-Belmont from 1921 to 1923, and during that short time, he worked with Jack DeWitt to bring radio to Ward-Belmont. Dr. Crosland felt that radio would be a great promotional tool for the college. Though the station did not broadcast for long, Crosland’s foresight secured Ward-Belmont’s place as the birthplace of radio in Nashville.